The most dangerous scientific experiment ever?

Unless we reduce emissions of greenhouse gases, particularly carbon dioxide, the world faces a very uncertain future. Perhaps it won't be as bad as some of the most worrying predictions - but perhaps it will be worse. The simple fact is that we are changing the Earth's atmosphere in a way that is totally unprecedented for millions of years. The last time carbon dioxide levels were as high as they are now (much less where they will be in the coming decades!) was in the Pliocene era, about 3 to 5 million years ago. Temperatures were only three or four degrees warmer, but that was warm enough to melt enough ice to raise sea levels by tens of metres over current levels. The climate and ecosystems were VERY different to those we know. 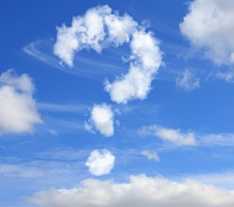 Normally, when a scientific experiment is planned, or an engineering project is proposed, there are stringent safeguards applied to make sure there will be no unforeseen consequences. Can you imagine a bridge being built even if only 1% of engineers involved questioned its safety?

And yet we (the industrialised world) are going ahead seriously changing the Earth's atmosphere in ways we KNOW will seriously effect the climate. So far we have increased the major greenhouse gas (CO2) in the atmosphere by 43%. True, we are not totally SURE how catastrophic the changes will be, but we certainly are NOT SURE that they won't be even worse than we think - and we have plenty of geological evidence to suggest that they will indeed be extremely serious.

So why are we carrying out this extraordinarily dangerous experiment? Why do we continue to pour CO2 into the atmosphere as though it doesn't matter? Why, in fact, are we doing very little to cut our emissions? (The Paris agreement was a small step in the right direction, but is was a very small step. And Australia, with probably the best solar and wind resources in the world, still gets about 95% of its energy from fossil fuels and shows little sign of any real attempt to make the most of its great renewable resources!)

Clearly the only answers to this question are A) Ignorance and B) Vested interests. A) Many people have no real idea of the problem because much of the media has little interest in telling them - despite it having been well known science for the last three decades at least. Which leads us to B) vested interests which clearly have very powerful influences in both government and the media (notably the Murdoch media in Australia and the USA). The powerful coal mining lobby, the petroleum industry and electric power generators for a start clearly have much more influence than scientists and environment groups.

Clearly, we can individually do quite a bit to cut our emissions - adding solar panels, using energy efficient devices, avoiding car use where possible, eating less meat, and so on. But unless we convince our government to act, all this is going to be fairly insignificant. While most of our electricity comes from coal and gas our emissions per person will remain pretty much the highest in the world. We have to spread the word so that more people will put pressure on the government to seriously cut emissions, rather than just fiddling around the edges and making little real progress. The vested interests might have the most money and resources, but if enough people are pushing for proper action governments will end up having to listen.

So, talk about it with your friends and acquaintances. Point out that we are not "doing nothing", we are continuing the biggest and most dangerous experiment ever performed by humans! It is curious that many who regard themselves as "conservatives" oppose action to cut emissions, and by so doing are being anything but conservative! As we have seen in the previous pages, human civilization has developed in a period of very stable climate compared to what the Earth has been through in the past. If civilization is to continue without major disruptions we need to ensure that we don't destabilise that climate. Perhaps 30 years ago we could have argued that we didn't realise what we are doing, but now, if we continue to go on deliberately changing the climate, our children and grandchildren (not to mention many of us) will look back and wonder why we were so unconcerned about their future.

One way of helping friends and acquaintances get to understand the situation better is to host a "Climate for Change" meeting. See their website www.climateforchange.org.au for more information on how to go about that.